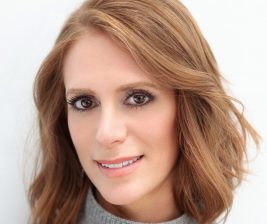 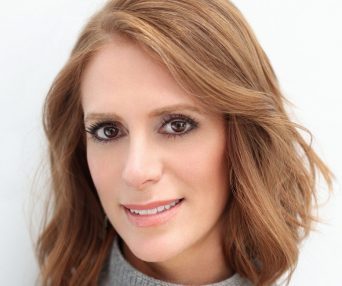 Carlye Flieder was born and raised in Philadelphia, and began dancing at the age of two. Once she danced her first duo at the age of six, she knew dance would be an integral part of her life forever! While studying dance at American University, Carlye realized there were more facets to the art form than she could have imagined. After graduating with a major in Broadcast Journalism and Dance, Carlye moved to Los Angeles to strengthen her craft before opening C-Unit in 2006. Carlye continues to attend classes, seminars, and workshops in Los Angeles and New York every year in order to stay up to date with teaching techniques, movement, and choreography. She is most proud of all of the dancers that have grown up with the C-Unit family, and seeing them develop up into outstanding young adults that have gone on to pursue a wide range of careers including dancing professionally! 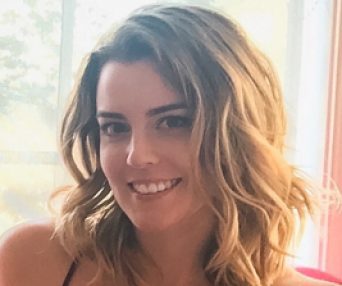 Caitlin started dancing under the direction of Carlye Flieder since she was 8 years old. For 10 years, she studied ballet, jazz, lyrical, contemporary, and hip hop with Carlye, and was one of the earliest members of the C-Unit Company. From an early age, Caitlin began assistant teaching with Carlye, and taught her own class when she was 17. In 2009, Caitlin attended Occidental College in Los Angeles, where she continued her dance training. In 2014, Caitlin returned to C-Unit to begin teaching at C-Unit. She is happy to be home with her C-Unit family! 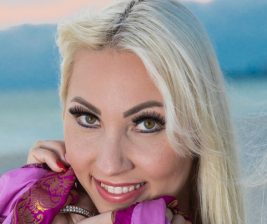 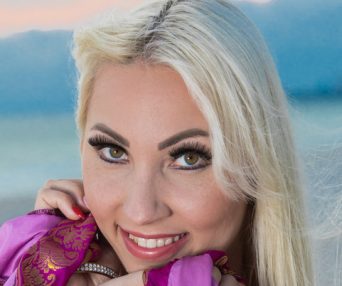 Valeria is an experienced ballet dancer, teacher and choreographer, with accolades including winning first place in the 2005 Grand Pas Competition from Donetsk, the gold medal and a special award in 2006 Galician Terpsichore International Ballet Competition, and the silver medal and a special award in 2007 Crystal Shoe Kharkov International Ballet Competition. She has diplomas from Kharkov Ballet Theatre, a B.F.A. from the Kiev University of Performing Arts, and a Masters from the National University of Ukraine, all with honors. Valeria’s name is included in the Honorable Book of Fame in Kharkov. She has taught master classes in the United States, Europe, and Africa, and was a Ballet Instructor /Choreographer, Director/Assistant Director of productions with Mystic Ballet Company and Academy of Mystic, Connecticut. Previously Valeria was a principal ballerina and the Deputy Artistic Director of Baltimore Ballet. She was also previously a principal dancer with Russian Grand Ballet, Kiev University of Performing Arts, Kiev Municipal Academic Opera and Ballet, Cairo Opera Ballet Company, Étoiles Russes de la Danse in Switzerland, Kiev Youth Ballet, and Regalul Baletului Rus in Romania. Valeria is also an award winning choreographer who has worked closely with Tony Award winner George Faison, who served as Michael Jackson’s choreographer. Valeria was most recently a ballet instructor and choreographer at The Kirov Academy of Washington DC. During her career at The Kirov Academy she trained many students who won individual awards at YAGP, as well as received the Outstanding Teacher Award. 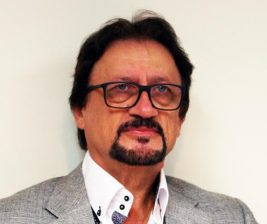 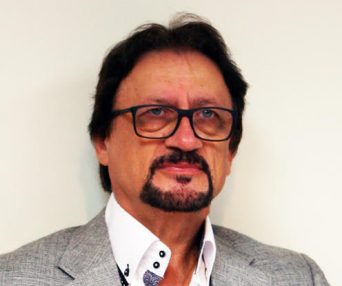 Mr. Djouloukhazde had an international career as a principal dancer with the highest awards and performances in over 20 countries in Europe, Asia, America and Africa. He partnered with prima-ballerinas of various leading ballet companies, including Nina Ananiashvili, Nadezhda Pavlova, Ludmila Semenyaka. Mr.Djouloukhadze has been teaching ballet for 40 years and holds Masters Degree in Ballet Teaching and Choreography from the Russian Academy of Theatre Arts (GITIS). He has been developing his students into the winners of major international ballet competitions, including the Varna International Ballet Competition and the USA International Ballet Competition in Jackson. His students have gone on to become principals, soloists and members of some of the world’s most prominent companies, including the Royal Ballet, American Ballet Theatre , Mariinsky Ballet, Washington Ballet. To name a few, Michele Wiles, Rasta Thomas, Brooklyn Mack, Matthew Golding, Melissa Hough, Jonathan Jordan, Danny Tidwell, Chauncey Parsons. 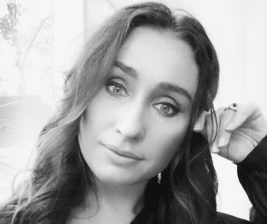 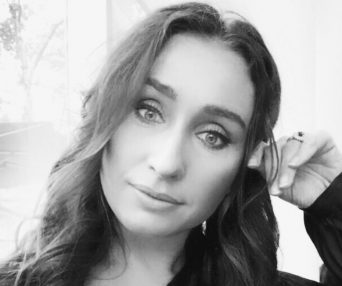 Olga Yarashevich has taught and choreographed for more than 18 years. She trained in Belarus and went on to receive her Master Degree in Belarusian State University of Culture and Arts.

Olga studied Ballroom and Latin since the age of 6 & danced professionally until 2017. She became a successful ballroom dancer in Belarus and achieved a world-class status representing Belarus on International competitions all over the world. She moved to America in 2009 to pursue her dance career.

Olga shares her knowledge and passion for dance with her students from beginners to competitors in both American and International Styles. She inspires to master the Ballroom Dancing for social events, wedding receptions and competitions. 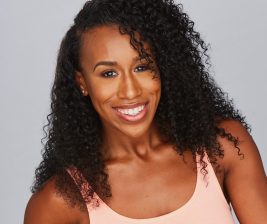 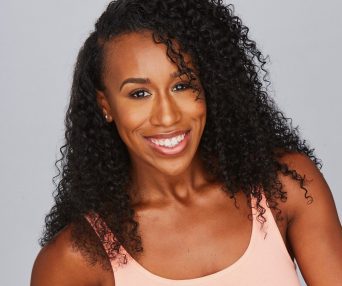 Known for her delivery of untamed movement with a flare of mystery, Tina is a vessel of hope seeking truth and wisdom. A multi-hyphenated talent, she’s a classically trained dancer, fitness model, fashion stylist, creative, and Lululemon Ambassador. Tina was born and raised in Baltimore Md., and began dancing at the age of 3.  By age 13, she realized that dance was bigger than herself, and wanted to further her technique and grow as a performer. As a result, she applied and was accepted into The Baltimore School for the Arts and graduated in 2007. She continued her education at the University of Maryland College Park under the Creative and Performing Arts Scholarship where she graduated with two degrees: Dance and Public Relations. Shortly after she moved to NYC in 2011 and started her professional  dance career. She began as an apprentice in the prestigious commercial contemporary  Dana Foglia Dance Company and worked her way to company member traveling the world performing Foglia’s repertoire.  Shortly after she moved to Los Angeles to pursue  more opportunity in commercial dance. She has danced in commercials for SONY, Heineken and Lululemon, And Free People Movement. Done film , TV for Jimmy Kimmel, HBO Max Euphoria, Jimmy Fallon, The Talk, and Good Morning America and more. Performed in numerous Award Shows such as the Grammy’s, the VMAs, BET Awards and the American Music Awards, and Beyonce’s unforgettable Coachella performance. And many more live performances and music videos with some of the biggest artists including: Beyonce, PINK, Nerd, Kelly Clarkson, Madonna, Cardi B, Grimes, Nicki Minaj and more. She also was on tour with Oprah for her 2020 Vision Life in focus tour. Christina is extremely excited to bring her vision to these young dancers! 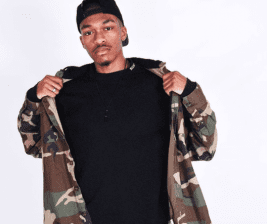 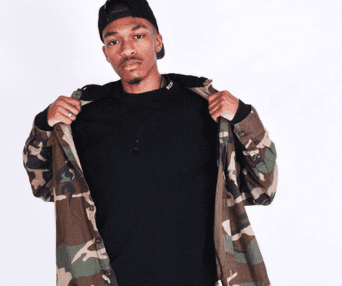 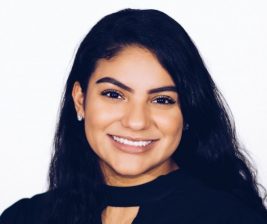 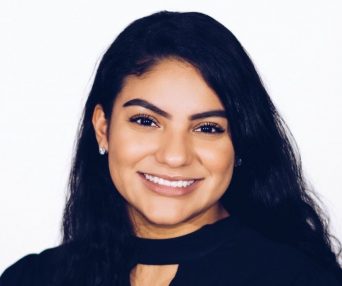 Kaylie Gonzalez received her dance training at Edna Lee Dance Studio in Linthicum, MD. She is trained in ballet, lyrical, jazz, contemporary, pointe, and acro. Kaylie is currently a Dance and Choreography major as a student at  Towson University. She has performed in numerous dance concerts such as the Bald Ballerina Benefit concert, Sweetbird Productions, and the Maryland Festival Ballet where she has performed many soloist/principal roles. In 2019, she was crowned Miss Dance of Chapter 17 under the Dance Masters of American organization and continued on as a top ten finalist at the national event. Kaylie is currently enjoying teaching at the Edna Lee Dance Studio and Maryland Festival Ballet intensive, assisting the competitive dance team, and furthering her training in this industry. She is thrilled to be joining the faculty at C-Unit as she follows her dream of becoming a professional teacher/choreographer. 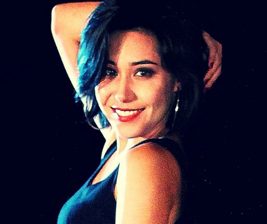 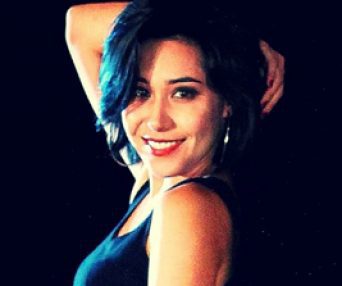 One of today’s most popular dancers in Brazil. Known as the “tap dance fairy” for her lightness and charisma on and off stage.

One of the 25 tap dancers selected around the world to participate of the first Jacob’s Pillow Tap Program, directed by Michelle Dorrance.

Worked as a dance teacher and choreographer for 7 years at Sheila’s Ballet, one of the most prestigious dance schools in Brazil.

Featured faculty at the most important tap festivals in Brazil.

Received scholarships for DC Tap Festival, LA Tap Festival, UK Tap Festival and Jersey Tap Festival.
Choreographer of the piece that represented Brazil at the Annual DC Tap Fest Concert in the year of 2016. In 2018, choreographed for the same event with Charles Renato.
Two times champion of advanced tap dance solo at Joinville’s Dance Festival, the biggest and most respected dance festival in Latin America. Also nominated as best female dancer of the festival.

Ready to get started in one of our programs?
Register Now